Rajesh received his doctorate in Polymer Engineering from the University of Akron, respectively. Prior to joining OSIsoft, he served as a Sr. Research Engineer and Adjunct Professor in the department of Mechanical Engineering and Mechanics at Lehigh University. In addition, during his tenure at Lehigh University, he pursued part-time and obtained another master’s degree in Information and Systems Engineering.

Rajesh has an extensive array of academic teaching and research experience in chemical engineering, polymer processing, chemical process modeling, material response modeling and manufacturing. Over the years, Rajesh has published almost 55 journal articles in both high impact factor journals and in a variety of national and international conferences and has won 2 National Science Foundation research grants coauthored with his former boss at Lehigh. Furthermore, he was recently elected as a Guest Editor for a Special Issue of the Journal of Adhesion Science and Technology, which is a prominent international journal in the area of material science and engineering. He has also edited a book in the area of electronically conductive adhesives published by Hanser publishers and has served on the peer-review boards of the journal of adhesion science and technology, chemical engineering journal, polymer science and engineering, and ANTEC and ASME international conferences. Lastly, he holds Honorary Life membership in Tau Beta Pi Engineering Honorary Society and is also a member of the ASME and AIChE.
Speaking At
Lunch & Expo 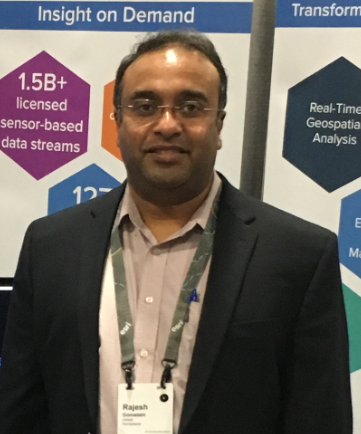